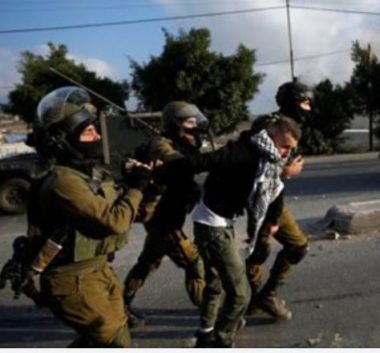 Israeli soldiers abducted, Wednesday, three Palestinians during extensive invasions and violent searches of homes in Hebron governorate, in the southern part of the occupied West Bank.

Media sources said the soldiers caused damage to the furniture of several homes during the violent searches, and abducted Hassan Ziad Hassan, 20.

They added that the soldiers also abducted Wajeeh Omran Rajabi, 45, after stopping him at a military roadblock near the Ibrahimi Mosque, in Hebron city.

In addition, the soldiers invaded and searched homes in Sa‚Äôir town, east of Hebron, and abducted Rashed Yousef Jaradat.