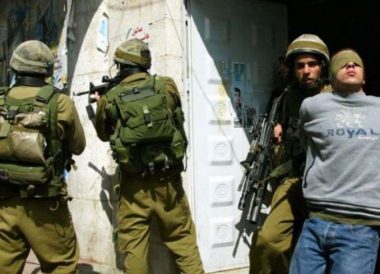 The Bethlehem office of the Palestinian Prisoners’ Society (PPS) said the soldiers violently invaded and searched many homes in the refugee camp, and interrogated many Palestinians before abducting twelve.

It is worth mentioning that the soldiers also invaded Husan town, west of Bethlehem, and abducted one Palestinian, identified as Mahmoud Ahmad Sabateen, 45.