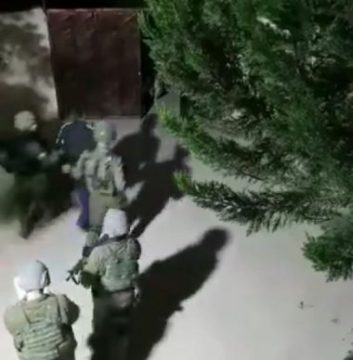 Israeli soldiers abducted, on Tuesday at dawn, at least twenty Palestinians from their homes in several parts of the occupied West Bank, including former political prisoners and one child, in addition to confiscating one car and cash.

The soldiers also confiscated a jeep owned by a former political prisoner, identified as Ahmad Nabhan Saqer, in Askar Al-Qadim refugee camp, northeast of Nablus, just one day after his release from prison.

The soldiers also injured a young man, identified as Qussai Rabea’ Mer’ey, after shooting him with a concussion grenade, before he was rushed to Khalil Suleiman Governmental Hospital, and caused many others to suffer the effects of teargas inhalation.

In Qalqilia, also in northern West Bank, the soldiers invaded al-Mintar area and Azzoun town, east of the city, and opened fire at Palestinian protesters.

The army also abducted a child, identified as Majd Anaya Hussein, only thirteen years of age, from Azzoun, and took him to an unknown destination.

In Hebron, in the southern part of the West Bank, the soldiers invaded the home of former political prisoner, Fayez Misk, ransacked the property and fired a concussion grenade inside his home, wounding one family member, before illegally confiscating cash.

The soldiers also invaded the home of Arafat Najeeb, a local guard of the Al-Aqsa Mosque in Jerusalem, and summoned him for interrogation after violently searching his property.

In related news, the soldiers invaded ‘Aroura village, north of Ramallah, and drove provocatively in its streets, before withdrawing.