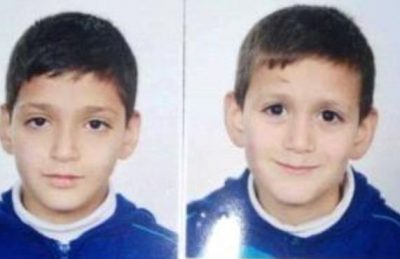 Israeli soldiers abducted, on Thursday evening, two Palestinian siblings, only 8 and 10 years of age, from their home in Beit Hanina neighborhood, north of occupied East Jerusalem.

The soldiers claim that the two children “hurled stones at their jeeps,” on Road #20, near their neighborhood, and abducted them before taking them to an interrogation facility, without legal representation.

The two children have been identified as Amir, 8, and his brother Hatem Abu Rmeila, 10.

Late on Wednesday at night, the soldiers abducted a child, identified as Mohammad Majdi ‘Atiya, from is home in the al-‘Isawiya town, in the center of Jerusalem.

He was among thirty-one Palestinians, including children and a mentally -challenged teen, who were abducted by the soldiers from their homes in several parts of the occupied West Bank, including Jerusalem, on Wednesday at night and Thursday at dawn.