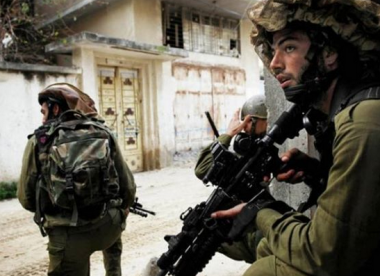 Israeli soldiers invaded, on Sunday at dawn, Beit Ummar town, north of Hebron in the southern part of the occupied West bank, and abducted two Palestinian teenagers, including a former political prisoner.

Mohammad Awad, a media activist in Hebron, said many army jeeps invaded the town at dawn, before the soldiers stormed several homes, and violently searched them.

The soldiers also installed roadblocks near Beit Ummar, and several areas in the Hebron governorate, before stopping and searching cars, and interrogated many Palestinians while inspecting their ID cards.