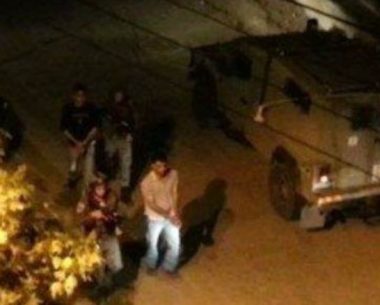 The soldiers abducted a young man, identified as Majdi Awwad, from Deir Abu Da’if, while trying to enter Jerusalem to pray in the Al-Aqsa Mosque.

The army also abducted another Palestinian, identified as Wisam Mustafa ‘Aabed, from Kafr Dan, while in Jerusalem.

In addition, the army invaded Jenin city, especially the al-Almaniyya Street, and drove around in a provocative manner, before withdrawing.

It is worth mentioning that the soldiers also abducted five young men in Nablus, Hebron and Bethlehem, in the occupied West Bank.