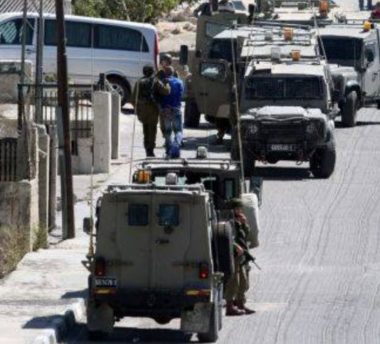 Israeli soldiers abducted, on Saturday at dawn and on Friday at night, two young Palestinian men from Jenin refugee camp, in the northern West Bank governorate of Jenin.

Media sources in Jenin said the soldiers abducted Baha’ Mohammad Abu al-Haija, after summoning him to Salem military and security base for interrogation.

It is worth mentioning that the soldiers invaded Baha’s home, two days ago, and ransacked the property, but he was not there, and the army handed the summoning order for his father, instructing Baha’ to head to Salem base, Saturday.

On Friday at night, the soldiers abducted a young man, identified as Mojahed Khaled al-Hamdi, from Jenin refugee camp, after stopping his near the bypass road, close to the al-Jalama military crossing, north of Jenin.