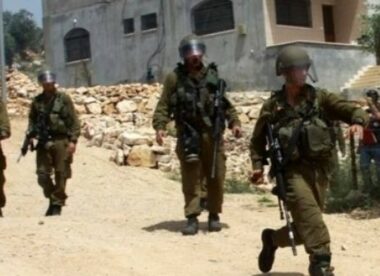 On Sunday, Israeli soldiers abducted two Palestinians in Hebron and Ramallah, in the southern and central parts of the occupied West Bank.

Media sources said the soldiers assaulted Karam Fakhreddin Maswada, 40, in the Old City of Hebron, causing many cuts and bruises, before abducting him.

They added that dozens of soldiers were deployed in the area before stopping and searching many Palestinians, and interrogated many while inspecting their ID cards.

In Ramallah, in the central West Bank, undercover soldiers infiltrated the Um ash-Sharayet neighborhood in the al-Biereh city and kidnapped a young man.

Local sources in al-Biereh said the abducted Palestinian, Osaid Qaddoumi, is a student of Birzeit University near Ramallah.