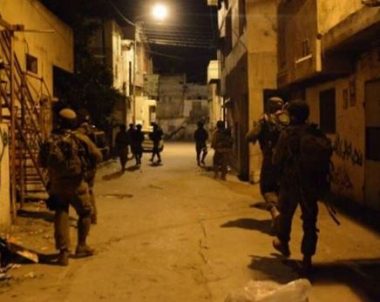 The soldiers also invaded homes in the al-Khader town, south of Bethlehem, and abducted Mohammad Mousa.

Also at dawn, the soldiers abducted three young Palestinian men from the southern West Bank governorate of Hebron, and invaded many neighborhoods in the city, and nearby towns, in addition to installing military roadblocks.