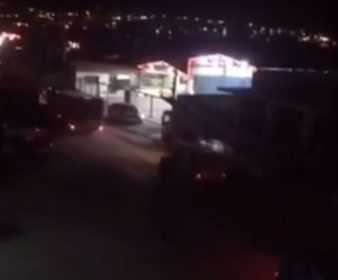 The PPS said the two men, identified as Mohammad Fahmi Yacoub and Raed al-Khatib, were taken prisoner after the soldiers stormed their homes and searched them, causing property damage.

The two Palestinians were interrogated in their homes, before the soldiers cuffed and blind folded them, and took them to an unknown destination.

Earlier Monday, the soldiers abducted two Palestinians; one from the courtyards of the Al-Aqsa Mosque, in Jerusalem, and the other in ‘Aida refugee camp, north of Bethlehem. One Palestinian was also injured near Al-Aqsa after colonialist Israeli settlers assaulted him.

Also at dawn, the soldiers abducted three Palestinians, including a legislator, and a son of another legislator, after invading their homes, and searching them, in the southern West Bank district of Hebron.