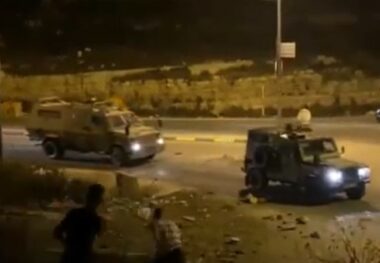 On Tuesday dawn, Israeli soldiers abducted two Palestinians from their homes in the Ramallah governorate in the central West Bank.

They added that the soldiers violently searched the property, causing damage, and illegally confiscated a sum of cash.

The Palestinian is the only son of his parents and helps his ailing mother, who has respiratory failure and requires an oxygen tank at all times.

In Aroura village, northwest of Ramallah, the soldiers invaded and searched homes and abducted Mohammad Khaseeb, 25.