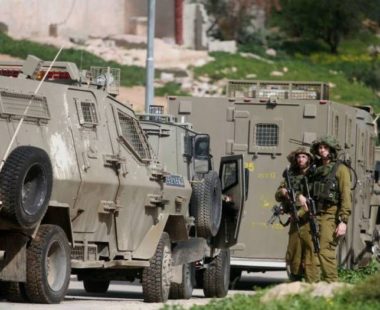 Israeli soldiers abducted, on Tuesday at dawn, two young Palestinian men in the West Bank governorates of Ramallah and Jenin, after the army invaded many homes and searched them.

They added that the soldiers also fired gas bombs and concussion grenades at many youngsters, who hurled stones at the invading army jeeps.

Furthermore, the soldiers abducted a young man, identified as Nisir Nasser Ja’as, in Jenin refugee camp, in the northern West Bank city of Jenin, after breaking into his home and searching it.

The soldiers also invaded Zibda village, southwest of Jenin, and violently searched homes belonging to members of Amarna and Atatra families, in addition to the property of Majed Ibrahim Badarna.