Israeli Soldiers Abduct Two Palestinians, Including One Who Was Shot, In Rafah 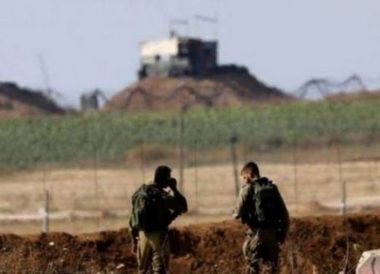 Israeli soldiers abducted, on Tuesday at dawn, two young Palestinian men, after shooting and wounding one of them, reportedly after they breached the perimeter fence, east of Rafah, in the southern part of the Gaza Strip.

Eyewitnesses said the soldiers fired a burst of live fire at the two Palestinians, wounding one of them, before detaining them.

They added that the soldiers also fired many flares, before more army vehicles rushed to the area, and started a search campaign.

On Tuesday at dawn, the soldiers abducted fifteen Palestinians from several parts of the occupied West Bank, after the soldiers stormed and ransacked dozens of homes.