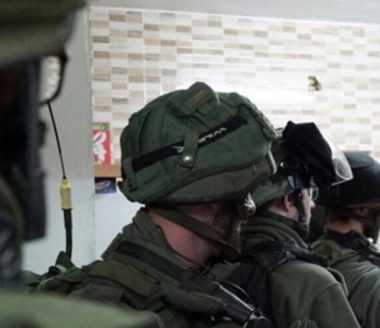 It is worth mentioning that the soldiers, and police officers, invaded a blacksmith shop in Hebron city, and confiscated six machines.