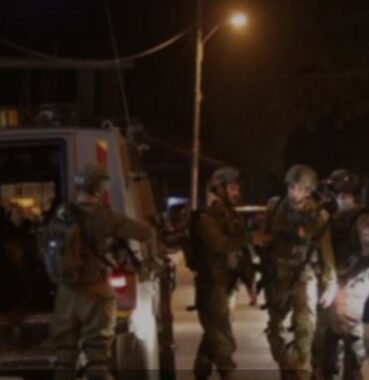 On Sunday dawn, Israeli soldiers abducted two Palestinians from their homes in Beita and Awarta towns, south of Nablus, in the northern part of the occupied West Bank. The army also abducted a young woman near occupied Jerusalem.

They added that the soldiers abducted Rabea’ Bilal Ali Dweikat from his home and withdrew from the town.

Furthermore, the soldiers abducted a young Palestinian woman, who remained unidentified at the time of this report, after stopping him at the Al-Jeeb military roadblock northwest of Jerusalem and took her to an unknown destination.