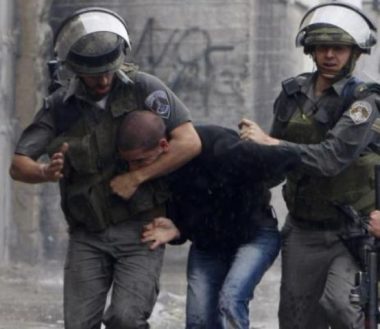 Israeli soldiers abducted, on Thursday afternoon, two in two separate areas near Jerusalem, and took them to interrogation centers.

The Palestinian was abducted at the “Container Roadblock,” south of occupied East Jerusalem, while he was on his way back to Hebron.

In addition, the soldiers abducted a young man, identified as Forsan Hani al-Ghoul, from Jenin refugee camp, in northern West Bank, while he was working in occupied Jerusalem.

In related news, dozens of soldiers and colonist settlers invaded the archeological area in Sebastia Palestinian town, northwest of the northern West Bank city of Nablus, and removed Palestinian flags.