Israeli Soldiers, Assault, Cause Rib Fractures To A Man Near Bethlehem 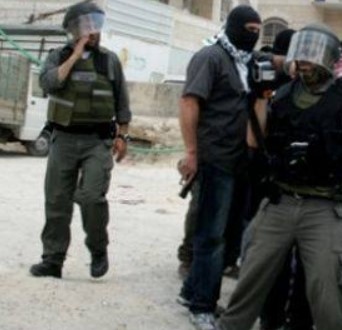 On Monday, Israeli soldiers assaulted a Palestinian man in his home in Husan village, west of the West Bank city of Bethlehem, causing several fractures in his ribs, and also assaulted a physically challenged man.

Media sources said the soldiers invaded the home of Ahmad Saleh Hamamra, 45, and ransacked the property before assaulting him, especially to the chest and limbs.

During the town’s invasion, the soldiers assaulted a physically challenged man.

The invasion and assaults led to protests before the soldiers fired many gas bombs and concussion grenades, causing many Palestinians to suffer the effects of tear gas inhalation.