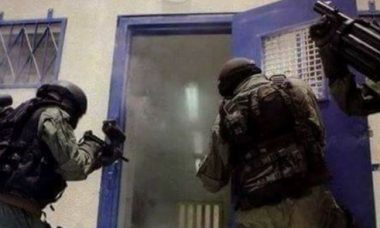 The committee stated that dozens of soldiers, including Special Forces of the Israeli Prison Authority, broke into section fourteen and used excessive force against the detainees, wounding eight of them.

The Prison Administration also imposed sanctions on many detainees in the invaded section of the prison.

Such sanctions mainly include forcing many into solitary confinement, usually for extended periods, which also means denying them the right to family visits, and even forbidding them from meeting with their lawyers.