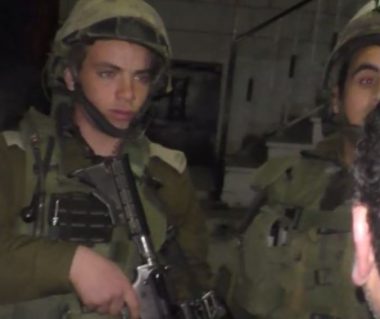 Media sources in Hebron said the soldiers invaded many homes in the areas of Safa, al-Bayyada, and ash-Sho’ab, and that the soldiers destroyed a closet in the house of Yousef Bader Ekhlayyel, 36, and abducted him, before confiscating clothes, including a winter coat belonging to his child, Ammar, only 7 years of age; Ekhlayyel is a former political prisoner, who was held by Israel for four years.

Furthermore, the soldiers invaded the home of Mohammad Sa’adi Ekhlayyel, and violently searched it, before confiscating his ID card.