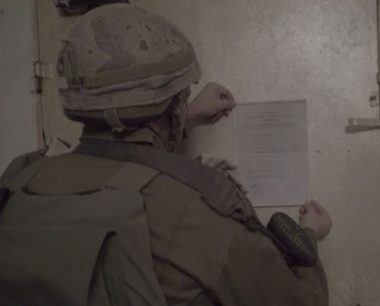 Dozens of Israeli soldiers, accompanied by security officers, invaded at dawn Sunday, the home of Ahmad Zaher, who was killed on Saturday, after reportedly carrying out a stabbing attack, in Jerusalem, in which a police officer was moderately wounded, and two Israelis were mildly injured. The soldiers also invaded a bookstore, run by the slain Palestinian, in Nablus, and sealed it shut.

The family said that a large Israeli military force, and security officers, invaded the home in the at-Tour area, south of Nablus, in the northern part of the occupied West Bank, and violently searched it, while interrogating the family for more than an hour.

The soldiers also invaded a book store, run by Zaher, and owned by a Palestinian, identified as ‘Ala Tiwari, and shut it down until April 31st, 2017.

Zaher was killed, Sunday, in the al-Wad Street, leading to the Al-Aqsa Mosque, in occupied East Jerusalem, and the army later forced all nearby Palestinian stores shut, and abducted 20 Palestinians, including 17 merchants.