Victory for Free Speech on Palestine in the UK 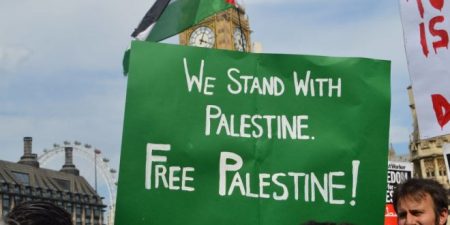 In partnership with Jews for Justice for Palestinians, Independent Jewish Voices and Free Speech on Israel, his legal opinion was launched in the House of Lords, this week.

The opinion criticizes the guidance that accompanies the definition which conflates criticism of Israel with antisemitism.

The guidance cannot be used lawfully to ban events critical of Israel — including in universities. This includes events describing Israel as a state enacting policies of apartheid or practicing settler-colonialism.

Tomlinson states, according to the PNN: “The starting point should be that events which seek to protest against the actions of the state of Israel or the treatment of Palestinians are lawful expressions of political opinion. There is no justification, in law, for treating such events any differently from any other political protests.”

See also: Palestinians and Israelis March on Jerusalem Together