Palestinians and Israelis March on Jerusalem Together 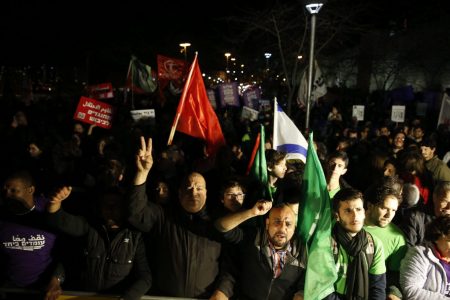 Hundreds of Israelis and Palestinians are reportedly taking part in a Jerusalem march against the Israeli military  occupation.

Saturday’s event, according to Haaretz,  is the first in a series organized by “Standing Together,” an umbrella movement consisting of pro-peace organizations and left-wing parties, marking 50 years since the Six-Day War.

The rally is meant to “protest against the continued Israeli control over the territories and especially East Jerusalem, and in favor of a peaceful solution and justice for both peoples,” the movement said in a statement.