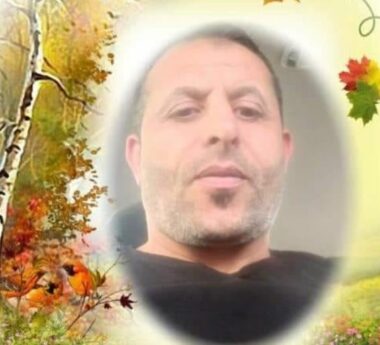 Israeli soldiers attacked, Tuesday, the funeral procession of a Palestinian man, who was killed by army fire earlier in the day, near Ramallah, in central West Bank.

Local sources said dozens of Palestinians marched in the funeral procession of Osama Sidqi Mansour, 42, in Biddu village, northwest of occupied Jerusalem, while carrying Palestinian flags and chanting against the ongoing illegal Israeli occupation and its constant crimes.

They added that the soldiers fired many gas bombs, concussion grenades, and rubber-coated steel bullets at the Palestinians, causing many to suffer the effects of tear gas inhalation, in addition to cuts and bruises.

It is worth mentioning that Mansour was shot in the head by the soldiers who opened fire at his car while he was heading back home with his wife who suffered moderate wounds.