Health Condition Of Detainee Worsening After 45 Days Of Hunger Strike 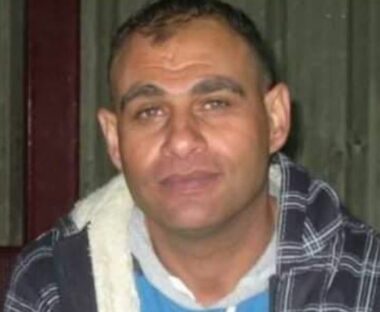 The Palestinian Commission of Detainees and Ex-Detainees has reported, Tuesday, that the health condition of the hunger-striking detainee, Emad al-Batran, is rapidly worsening, as he continues his strike for the 45th consecutive day.

The Commission said Emad al-Batran, 47, from Hebron in southern West Bank, is determined to continue the strike, despite his deteriorating health condition, demanding an end to his arbitrary Administrative Detention without charges or trial.

It added that al-Batran is currently held in solitary confinement in Nitzan Israeli prison, and is suffering from constant severe fatigue and emaciation, in addition to ongoing pain and skin inflammation.

It is worth mentioning that al-Batran started the hunger strike while being held in Majeddo Israeli prison, before he was moved to Ramla (Ayalon) prison, and was later moved to a hospital before being sent to solitary confinement in Nitzan.