Israeli Colonists Assault A Palestinian Woman And Her Toddler In Hebron 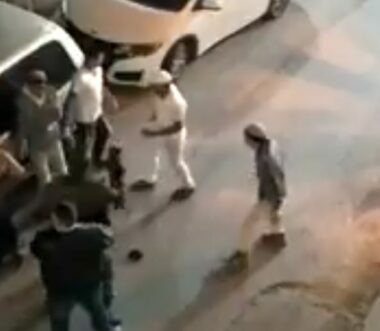 Illegal Israeli colonists assaulted, on Tuesday evening, a Palestinian mother, and her toddler, in the Shuhada Street, in the center of the southern West Bank city of Hebron, while on their way to visit with her parents.

Nonviolent activist Mofeed Sharabati said the colonists came from the Daboia illegal colony, and assaulted his daughter, Tahrir, 23, along with her daughter, only two years of age.

Sharabati added that his daughter and grandchild were walking towards his home to visit with the family when the colonists assaulted them.

He also said that, on Monday, the colonists assaulted his son, Hmeid, only ten years of age.

The attacks are part of ongoing Israeli violations against the Palestinians, their holy sites, homes, and lands, and even their livestock not only in Hebron, but in several other parts of the occupied West Bank.

The colonists frequently carry their violations out in front of the soldiers who would usually just stand and watch, when they intervene, they end up assaulting and abducting the Palestinians, and in other cases, shooting them.