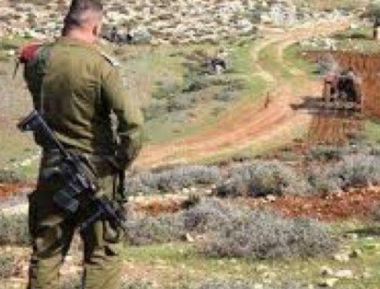 He added that the Israeli violation comes as part of the efforts to expand the Industrial Zone of the illegal Karnei Shomron colony, which was built on privately-owned Palestinian lands.

Tahani Zoheidi, a member of Hijja Village Council, said most of the bulldozed lands were planted with olive trees, and are owned by approximately five families.

Marwan Abdul-Rahman, the head of Bruqin Village Council, said the soldiers uprooted around 150 olive trees in Khirbat Qarqash area, northeast of the village.