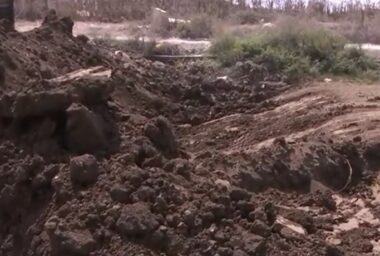 They said that the soldiers, accompanied by bulldozers, invaded the lands and started bulldozing them without a prior warning or a ‘justification.”

The soldiers also informed the Palestinians that they are not allowed to enter the lands for a month.

The lands were previously planted with vegetables, and had a few hothouses, however, due to repeated Israeli invasions, and uprooting, in addition to the repeated firing of gas bombs into the hothouses,  the Palestinian turned them mostly into a garage and a car repair facility.

It is worth mentioning that, during the invasion and the bulldozing of the lands, the soldiers fired gas bombs and attacked Palestinian reporters to push them away.