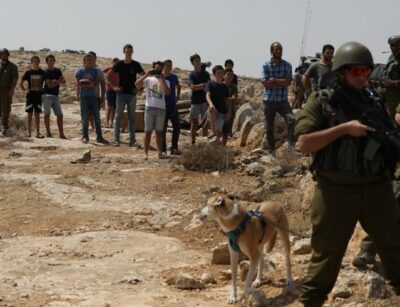 On Friday, Israeli soldiers and colonizers injured many Palestinians during a nonviolent procession against the illegal colonialist activities in Masafer Yatta, south of Hebron, in the southern part of the occupied West Bank.

Rateb Jabour, the coordinator of the National and Popular Committees against the Annexation Wall and Colonies in southern Hebron, said dozens of soldiers and illegal Israeli colonizers attacked the procession.

He stated that many Palestinians were injured before the local medics provided them with the needed treatment.

During the procession, the Palestinians managed to remove a tent that was installed by the colonizers in Susia village, east of Yatta.

In occupied Jerusalem, the soldiers abducted a young man at the Sahera Gate in the Old City, while heading to the Al-Aqsa Mosque to pray.