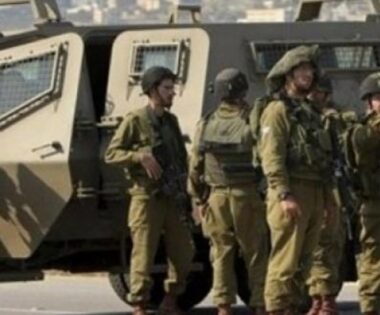 Israeli soldiers invaded, Tuesday, the al-Khader Palestinian town, south of Bethlehem in the occupied West Bank, and confiscated a truck.

Eyewitnesses said the soldiers stopped a Palestinian truck in the Abu Soud area, in the western part of the village, and confiscated it.

The truck is owned by Morad Mohammad al-Mahseeri, who was conducting work on Palestinian lands in Abu Soud.

The soldiers briefly detained the truck owner, and confiscated the vehicle before taking it to Etzion military base and security center, south of Bethlehem.

In related news, the Israeli government issued an order for the illegal annexation of 45.700 Dunams of Palestinian lands in Kisan village, east of Bethlehem, south of the occupied Palestinian capital Jerusalem, in the West Bank.

Immediately after the decision was made, illegal colonizers from Abie HaNahal started the preparation for a new segregated road on a Palestinian mountain overlooking the Wad al-Hajjar valley, northwest of Kisan.

Ahmad Ghazal, the deputy-mayor of Kisan, said the planned road would be 4 meters wide and extend 2 kilometers on the Palestinian lands.