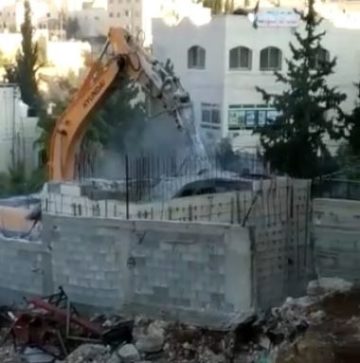 Media sources said the soldiers surrounded the town before invading it, prevented the journalists from entering it, and demolished a residential building, containing several floors.

They added that the soldiers also bulldozed and removed the foundation of an under construction home, in the same area.

The army claims the buildings were constructed without a permit from the Israeli “Civil Administration Office.”