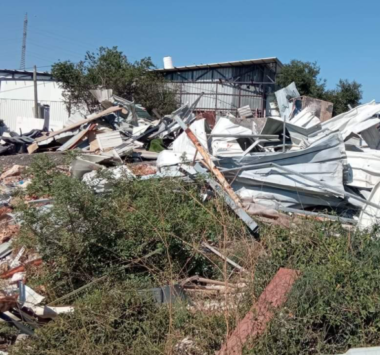 Omara Samara, the head of Hares Village council, said the soldiers demolished five commercial structures in the village, allegedly for being built without a permit from the so-called “Civil Administration Office,” the administrative branch of the illegal occupation of the West Bank.

Samara added that the soldiers demolished a blacksmith workshop, a carpentry workshop, a fruits and vegetables stand, a car repair facility, and a carwash structure, owned by the siblings of Saleh, Nadi, and Fadi Saleh.

The Israeli occupation authorities continue to deny the zoning and planning permits, in addition to construction permits, to the Palestinians on their own land, and even deny them the right to expand their existing homes and structures to accommodate natural growth, particularly in Jerusalem and Area C (%60 of the occupied West Bank), under full Israel control.

This happens while Israel continues to build and expand its illegal, segregated colonies in the occupied West Bank, including occupied East Jerusalem, in direct violation of International Law, the Fourth Geneva Convention in addition to various United Nations and Security Council resolutions.