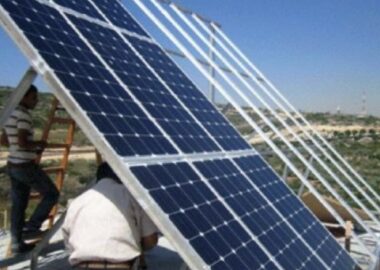 Mokhles Masa’eed, the head of Yizra Village Council, stated that several Israeli army jeeps surrounded the community before invading it.

He added that the soldier confiscated a solar unit consisting of eight panels, used by Na’im Hafeth Masa’eed, and his son, Rami.

The soldiers also confiscated another solar unit of six panels, used by another Palestinian, identified as Sa’id Abu Thaher.

It is worth mentioning that the village is one of the dozens of communities across the West Bank, subject to constant Israeli violations, including the demolition of homes, structures, and barns.