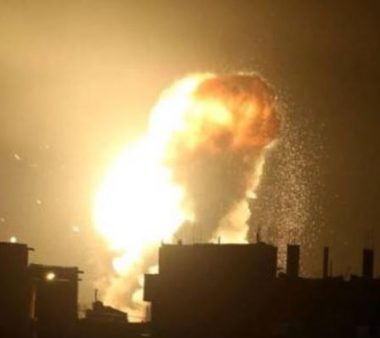 Israeli war jets fired, on Friday at night, several missiles into a few areas in the besieged and impoverished Gaza Strip, causing damage.

Media sources said the army fire many missiles into an area, northwest of Gaza city, causing damage to homes and structures.

Furthermore, the army also fired missiles into at least one site, east of Jabalia, in the northern part of the Gaza Strip, causing damage.

In a very brief statement, the Israeli army claimed that “it was retaliating to a homemade shell,” which was reportedly fired from the Gaza Strip and landed in an open area without leading to damage to injuries.