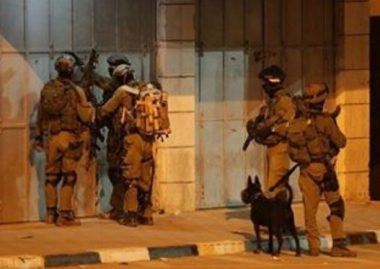 Media sources said several armored military jeeps invaded the refugee camp, and shot the Palestinian in his thigh, before he was rushed to Palestine Medical Complex in Ramallah.

The Palestinian was first treated by locals, who rushed to his aid, before the medics arrived at the scene, and rushed him to the hospital.

Locals in the refugee camp said the situation was calm, and no confrontations or clashes were taking place, when the soldiers invaded it, and shot the Palestinian, who suffered a mild-to-moderate injury.

On Thursday evening, the soldiers invaded Silwan town, south of the Al-Aqsa Mosque, in occupied Jerusalem, and summoned a child, identified as Yousef Fawwaz Burqan, 11, for interrogation.

The soldiers also photographed several homes and streets, in the town, before local youngsters hurled stones and empty bottles at their vehicles, while the army fire gas bombs and concussion grenades.