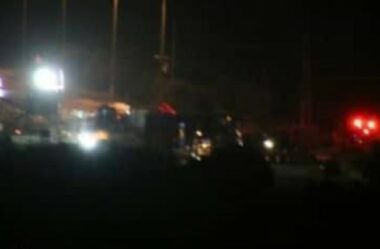 On Saturday, Israeli soldiers injured dozens of Palestinians in Tuqu and the Al-Khader towns, southeast, and south of Bethlehem, in the occupied West Bank.

Several army jeeps invaded Tuqu town, leading to protests before the soldiers fired a barrage of gas bombs and concussion grenades at the protesters and many surrounding homes near the local Town Council in the town’s western area.

As a result, dozens of Palestinians suffered the effects of tear gas inhalation and cuts and bruises.

The soldiers also invaded the Al-Khader town and closed the western Meadows area before storming the at-Tal area in the Old City of Al-Khader.

The invasion led to protests before the soldiers fired many gas bombs and concussion grenades, causing several injuries.

The soldiers also closed the main road leading to the towns of Husan, Battir, Nahhalin, and Wadi Fukin, before preventing the Palestinians from entering or leaving the area.