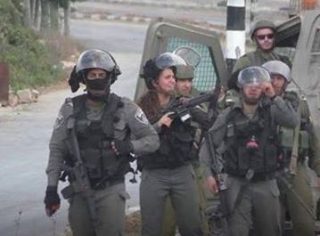 Many Palestinians suffer the effects of teargas inhalation, while several others suffered cuts and bruises.

It is worth mentioning that Beit Ummar, especially the ath-Thaher area, witnesses constant Israeli invasions and violations, due to its proximity with the illegal Karmie Tzur colony, which was built in stolen Palestinian lands in the year 1983.