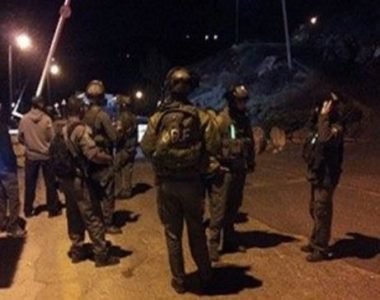 Medical sources said the soldiers shot six Palestinians with rubber-coated steel bullets, including one who was shot with three bullets in his left leg, and another Palestinian was shot in the forehead, before they were rushed to Jericho Governmental hospital.

They added that many Palestinians suffered the effects of teargas inhalation, especially at the entrance of the refugee camp, and in its center; most of them were in their owned homes.

Furthermore, a Palestinian car crashed into an electricity pole after its driver lost control on his vehicles, due to the severe effects of teargas inhalation and concussion grenades fired by the soldiers.

The soldiers also invaded and violently searched many homes in the refugee camp, and interrogated the families.