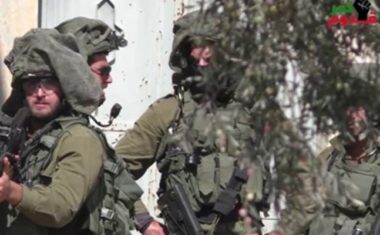 The Popular Committee against the Annexation Wall and Colonies in Kufur Qaddoum, said the soldiers assaulted the protesters, and ambushed some of them.

It added that the soldiers fired gas bombs, causing many protesters to suffer the effects of teargas inhalation, before abducting a solidarity activist from Spain, in addition to wounding another international activist and one Palestinian, while chasing them.