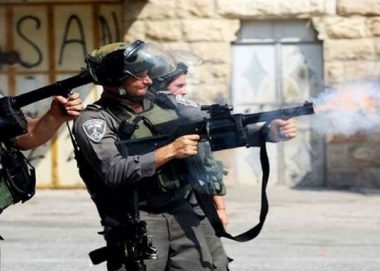 Eyewitnesses said several army jeeps invaded Qalqilia city through its northern entrance and drove around its streets in a provocative manner.

They added that the soldiers also installed roadblocks, before invading and searching several homes.

The soldiers also fired gas bombs and rubber-coated steel bullets at schoolchildren, who were walking to their schools, while many youngsters hurled stones at the army jeeps.

In Hebron governorate, in the southern part of the West Bank, the soldiers abducted three Palestinians, and summoned three others for interrogation, after invading and ransacking their homes in several parts of the southern West Bank governorate of Hebron.

In related news, the soldiers abducted three Palestinians, including a physically disabled former political prisoner, from Jenin governorate, in northern part of the occupied West Bank.