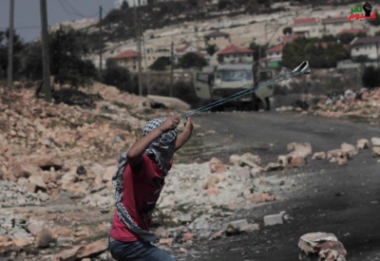 Morad Eshteiwy, the media coordinator of the Popular Committee in Kufur Qaddoum, said the soldiers fired dozens of gas bombs, and rubber-coated steel bullets at the protesters, and at many homes.

He added that six young men were shot with rubber-coated steel bullets, and many Palestinians suffered the effects of teargas inhalation, before they received the needed treatment by Red Crescent medics.

The Israeli invasion into the town led to clashes between the soldiers and local youngsters, who hurled stones, empty bottles and paint on the military vehicles.

After the army fired a barrage of gas bombs, and dozens of rubber-coated steel bullets, they were unable to advance further into Kufur Qaddoum, and withdrew to the outskirts of the town.