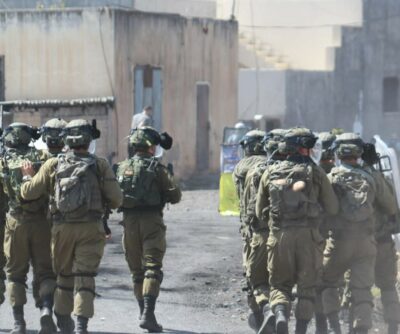 Morad Eshteiwi, the media spokesperson of the Popular Committee in Qalqilia, said the Palestinians marched from the center of the town, chanting against the serious Israeli escalation and calling for liberation and independence.

He added that the soldiers immediately attacked the procession and shot three Palestinians with rubber-coated steel bullets.

The Palestinians also condemned the killing of two Palestinians, including a doctor, who the soldiers shot earlier Friday, in Jenin, in the northern West Bank.