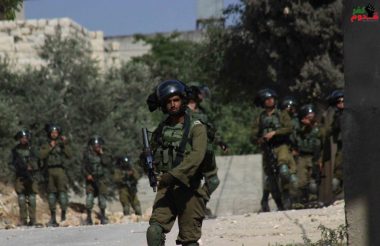 The Popular Committee in Kufur Qaddoum said the soldiers assaulted the Palestinians, as they nonviolently marched in front of the local mosque, in the center of the village.