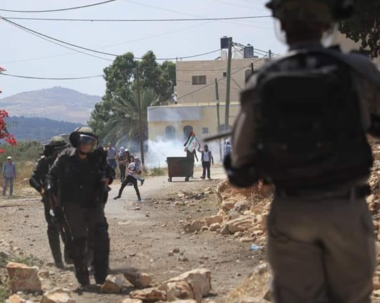 Israeli soldiers injured, Friday, two young Palestinian men in Kufur Qaddoum town, east of the northern West Bank city of Qalqilia, after the army attacked the weekly procession against the ongoing closure of the town’s main road for the past 16th year.

Morad Eshteiwi, the media coordinator of the Popular Committee in Kufur Qaddoum, said the locals, along with some Israeli and international peace activists, marched from the center of the town, while chanting against the ongoing occupation, its illegal Annexation Wall and Colonies.

He added that the soldiers fired many rubber-coated steel bullets and concussion grenades at the protesters, and chased many of them, wounding two young men who fell onto the ground while the soldiers were trying to abduct them, causing various cuts and bruises.

It is worth mentioning that the soldiers invaded Kufur Qaddoum, earlier on Friday at dawn, and photographed many homes in addition to roads used in the ongoing processions. 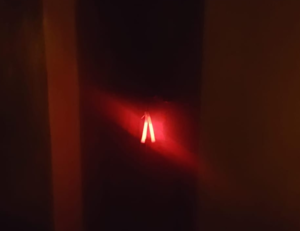 On Friday at dawn, the soldiers invaded the town, and photographed many homes, in addition placing military glow stick on them.

Kufur Qaddoum witnesses frequent Israeli invasions, assaults and abductions as it continues to hold is weekly nonviolent processions against the illegal Annexation Wall and colonies, and against the closure of the main road.