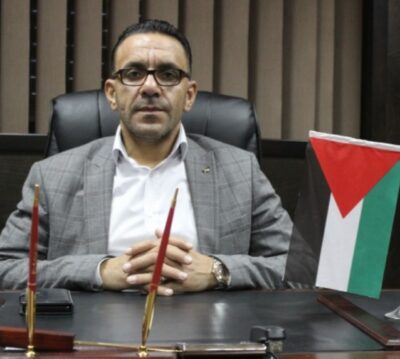 On Tuesday dawn, Israeli soldiers invaded and ransacked the home of Jerusalem governor, member of the Revolutionary Council of the Fateh Movement, Adnan Gheith, in Silwan town, south of the Al-Aqsa Mosque in occupied Jerusalem.

Media sources said several army jeeps invaded the Al-Wista neighborhood in Silwan before breaking into Gheith’s home and ransacking it.

The sources added that the soldiers surrounded the entire neighborhood before storming the home and interrogating Gheith.

On August 4th, an Israeli issued a house arrest order against Gheith without specifying a timeframe for its ruling.

Gheith, who was abducted 35 times since he became the governor in August of 2018, is barred from leaving Jerusalem or having any contact with Palestinian Authority officials, including President Mahmoud Abbas.