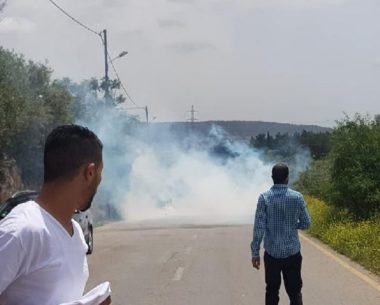 Media sources said the soldiers invaded and violently searched many homes in the town, and interrogated the residents while inspecting their ID cards.