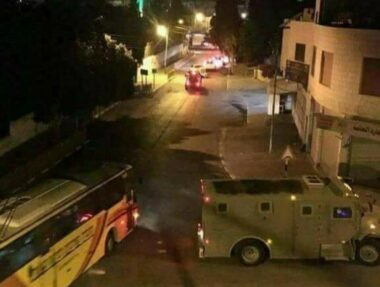 Media sources said the soldiers invaded and ransacked many homes in the Old City, Ras Al-Ein, and the areas surrounding Jirzim mountain.

They added that the soldiers closed many streets and isolated neighborhoods before invading them and searched homes.

The soldiers also installed roadblocks on Sorra road and Deir Sharaf Junction, west of Nablus, stopped and searched many cars, and interrogated scores of Palestinians while inspecting their ID cards.

Earlier at dawn, the soldiers closed the Tal town gate, southwest of Nablus, and prevented the Palestinians from crossing.