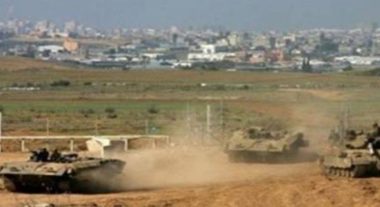 Israeli soldiers invaded, on Thursday morning, Palestinian agricultural lands, near the border fence, in the eastern and central parts of the besieged Gaza Strip, and bulldozed sections close to the fence.