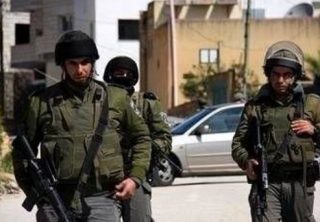 Adel Amer, secretary of the Local Council in Orif village, south of Nablus, said dozens of fanatic Israeli colonists invaded the village, before the local intercepted them, leading to clashes.

Amer added that Israeli soldiers also invaded the village, and attacked dozens of locals after breaking into their homes and searching them, and kidnapped a young man, identified as Jihad Shehada.

The soldiers did not attack any of the fanatic Israeli colonists who invaded the village, and did not remove them.

In addition, soldiers stationed at a military roadblock, southwest of Jenin, in the northern part of the occupied West Bank, kidnapped a young Palestinian man and confiscated his car.

The Palestinian, who remained unidentified until the time of this report, was stopped at the Kafrit village junction, southwest of Jenin, before the soldiers kidnapped him, and took him, along with his car, to an unknown destination.