Israeli Soldiers Kill A Palestinian, Injure Another, Near Ramallah 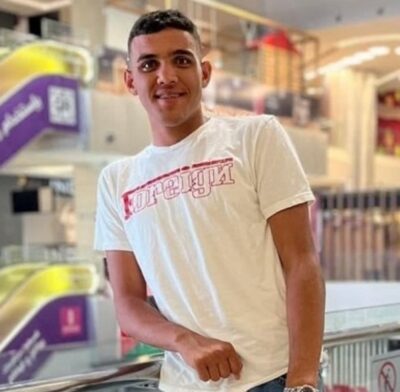 On Saturday evening, the Palestinian Health Ministry confirmed that Israeli soldiers killed a Palestinian and seriously injured another near Sinjil Palestinian village north of Ramallah in the central West Bank.

The Health Ministry said the Palestinian, Mos’ab Mohammad Mahmoud Nafal, 18, from the Al-Mazra’a ash-Sharqiya village east of Ramallah, was shot with a live round in the heart before the medics rushed him to Palestine Medical Complex in Ramallah.

It added that Palestinian doctors tried to revive the seriously wounded young man and provide him with the needed treatment, but he succumbed to his serious wounds.

The soldiers also shot another Palestinian before army medics provided him with the needed treatment and took him to an Israeli hospital.

The Palestinian Civil Affairs Commitee informed the Health Ministry that the wounded Palestinian is in a serious condition.

Both were shot on a dirt road leading to the Palestinian olive orchards and to the Al-Mazra’a ash-Sharqiya village.

The Israeli army claimed that the slain and the wounded Palestinians were shot by the soldiers who “opened fire at Palestinians hurling stones at Israeli vehicles.”

However, the family said Mos’ab was with them, picking their olive trees in the area before many illegal Israeli colonizers attacked them and other villagers, forcing them to disperse and leave their lands. 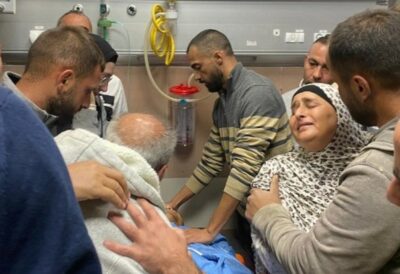 The family added that Mos’ab and another young man could not be located following the Israeli attack before the Palestinians started looking for them.

The Palestinian Red Crescent Society (PRCS) said it received a call, approximately at six in the evening, informing it of injuries in an area near the Oyun Al-Hamriyah area near Sinjil and immediately dispatched two ambulances to the area.

The medics looked for Mos’ab in the olive orchards for about two hours and found him bleeding and in a very serious condition before they rushed him to Palestine Medical Complex, where he succumbed to his wounds.

The PRCS added that Israeli soldiers also invaded the area and searched the olive orchards before locating the other Palestinian, believed to have been seriously injured, and took him to an Israeli hospital.