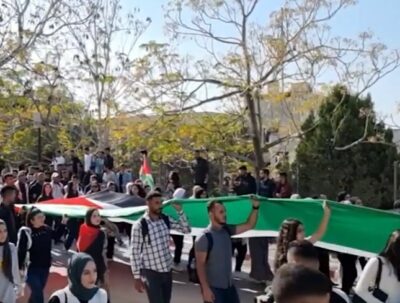 On Saturday, Israeli soldiers shot one Palestinian and caused many to suffer the effects of tear gas inhalation during a symbolic funeral ceremony of a student killed by the soldiers Thursday.

The sources added that the Palestinians chanted for ending the illegal Israeli colonialist occupation and its escalating violations and called for establishing a viable, contiguous independent Palestinian state.

The soldiers fired live rounds, wounding a student in the leg, and managed gas bombs, causing dozens to suffer the effects of tear gas inhalation.

Amer, from Beit Hanina, north of occupied Jerusalem, was killed after an alleged stabbing attack targeting soldiers near the Council Gate in the Old City of the occupied Palestinian capital, Jerusalem, in the West Bank.